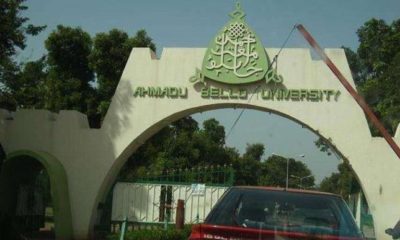 During the brief ceremony, Dr Shema said, “I decided to accept the award; because‎ the last recipient of the award, Dr Maitama Sule, was; a very eminent personality in the society before his demise”.

He said education was his focus when he was in offices as the Executive governor of the state. “When I got into office, my focus was to serve the people. Education remains the best legacy you can give to the youth. Education has the capacity to open doors.

“In my mind yesterday, today and tomorrow, education is the best legacy one can give to a child or the youth. When I took up office my focus is to serve, we made it clear that we will focus on education. I remembered taking a trip about two weeks after assuming office to a school; and I found out that two weeks after the school had resumed, student are yet to resumed school. Upon enquiry , I was made to understand that the parents are; yet to pay school fees of about N7,000”, he said.

He told the audience during the ceremony that when he got back to his office, he asked for the total amount of all the fees and tuition every child in Kastina state needed to pay per annum.

He said the total amount stood at a little above N400m and his government decided to set aside 100miilion every month.

“At the end of the year, I had N1.2 billion from which N400m was; used to pay school fees and tuitions of every student without collecting any kobo from anybody. From that day, we declared education free at all levels

“Out of N1.2 billion of our savings, we are; clearly left with N800m. Apart from school fees, and another hurdle is external examination fee (Waec, Neco, NABTEB) which stood at N900 miilion per annum was; also paid and every child in kastina state throughout my tenure as the governor of the state was; writing all external exams for free.

“We started expansion of school and built over 260 schools and set up a section of girl child education which is the first in the whole country. A special department for girl child education in each of the primary school which makes it convenient for our girls to be trained”.

Comrade Nuh‎u, while bestowing the award on Dr. Shema, said many indigenes of the state are; still talking about the legacies he left behind after his tenure as governor of the state. 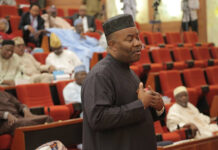 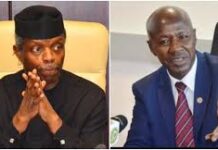 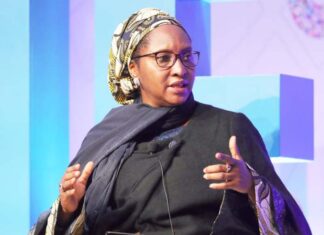 Editor - July 5, 2020 0
Mrs Zainab Ahmed, the Finance minister of Budget and Planning has highlighted two key reasons that have made it inevitable for Nigeria to keep...