According to an article published by USA Today, the UI is number 88 of 100 U.S. schools where “applications are; on the rise.” The study assessed each institution’s five-year increase in applications, total undergraduate enrollment, costs, and more.

Although the UI has seen a five-year increase of 50.5 percent in undergraduate applications, the Associate Vice President for Enrollment Management Brent Gage said this may have little to do with the UI and more to do with a culture of convenience.

“First and foremost, students are applying more places than they ever have before,” Gage said. “The average student applies to as many as seven schools.”

Gage linked this pattern to students’ tendency to apply to safety schools over more selective institutions. Other factors include the creation of the Common Application and students’ ability to assess how many scholarships potential schools may offer.

“When I sit down with my peers at other Big 10 institutions, they are in the same boat we are;” Gage said. “We have to be efficient, because applications don’t mean what they used to.”

Gage said several students who apply to the UI do not intend to accept their admission.

“We have a lot of students who have applied but never visit our campus, so their likelihood of enrollment is not good,” Gage said. “They’re basically just saving a place in line.”

Because the UI is attempting to not invest in class size but rather in education quality, Gage emphasized that an increase in applications will not necessarily mean an increase in enrollment.

“We had to reengineer the machine,” Gage said. “This fall, we got exactly the class we wanted with just over 4800 freshman. It was the most academically talented class we’ve ever enrolled in the history of the university.”

The admissions, enrollment, and financial aid offices work in tandem to build the UI’s future population and education, which means proactively managing enrollment.

The primary goal of the university is to create graduates, not freshmen, Gage said. This means using predictive modeling to see who is; interested in attending the UI for the long haul. 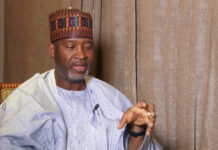 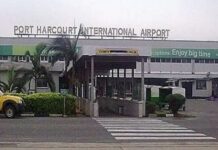 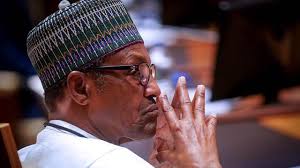 Editor - July 11, 2020 0
Reno Omokri, a former aide to ex-President Goodluck Jonathan on Friday lambasted President Buhari  under fire over the cancellation of the 2020 West African...