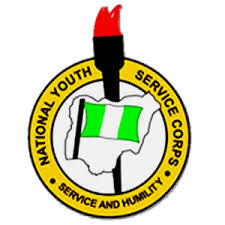 The Islamization agenda is real! as crisis hit benue NYSC CAMP If you think these people are joking then you are wrong. The agenda is being pursued on all fronts.

After their plan to set up Ruga settlements in Crisis Hit Benue Camp, they have now hatched another plot.

Just last Saturday, the Director General of NYSC, Brigadier General Ibrahim Shuaibu visited the scheme’s camp at Wannune and expressed anger that there is no mosque in the camp.

The NYSC DG told the Benue State Coordinator that there must be a mosque built in the camp immediately.

When he returned to Abuja, he removed Benue from the list of states which will host the Batch B Stream 2 of corps members which is to commence on July 16 and last till August 5, 2019. According to the DG, Benue is not safe for corps members.

DG Shuaibu has vowed that no new corpers will be deployed to Crisis Hit Benue NYSC camp State till a mosque is erected in the Wannune camp.

As we speak, the building of a mosque is almost completed in the camp on directives from the NYSC DG.

Ironically, there is no church or even a chapel for Christian corpers in the Wannune camp.

In all NYSC camps, the practice is that Christian and Muslim corps members use halls to worship on Sundays and Fridays.

There are no mosques or churches built in NYSC camps anywhere in Nigeria, not even in DG Shuaibu’s home state Nasarawa. Yes, you heard me. He is from Nasarawa local government area of Nasarawa State.

So why is DG Shuaibu insisting that there must be a mosque in Benue’s camp?

Benue people, this matter has become real. If you keep quiet, it will soon happen before your very eyes. In no time, that mosque in Wannune camp will become the centre for all muslim extremists from Nigeria and other parts of West Africa to converge and plot evil.

DG Shuaibu should also order for the building of a church in the camp not just a mosque. He is not DG only for muslims. He is DG for all.

Say no to Islamization agenda!