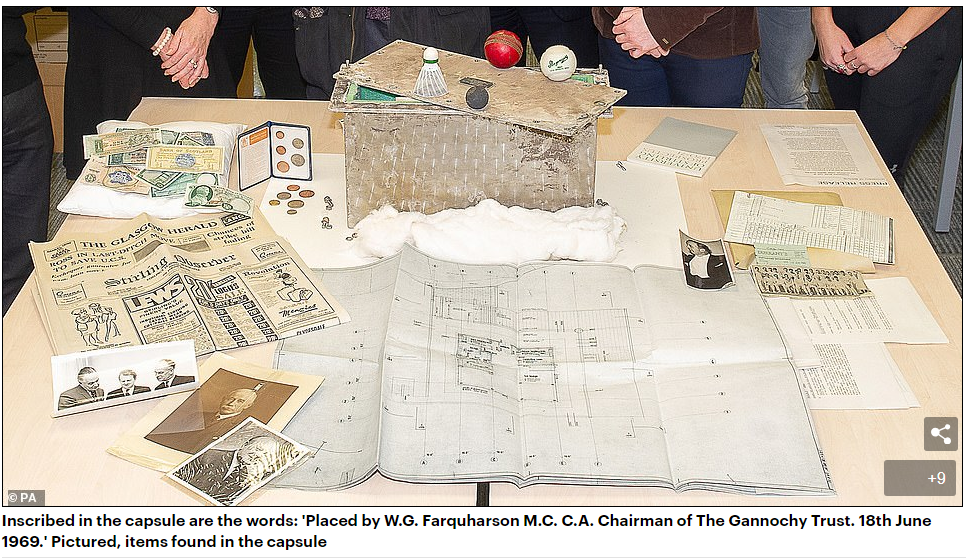 A treasure trove of items including sporting relics, a bottle of Bell’s whisky, and old newspapers from 1969 have been discovered in a time capsule at a university sports pavilion.

Among the items inside were old photos, cricket, tennis and squash balls; a 1969 exam paper and a copy of the Stirling Observer and Glasgow Herald. 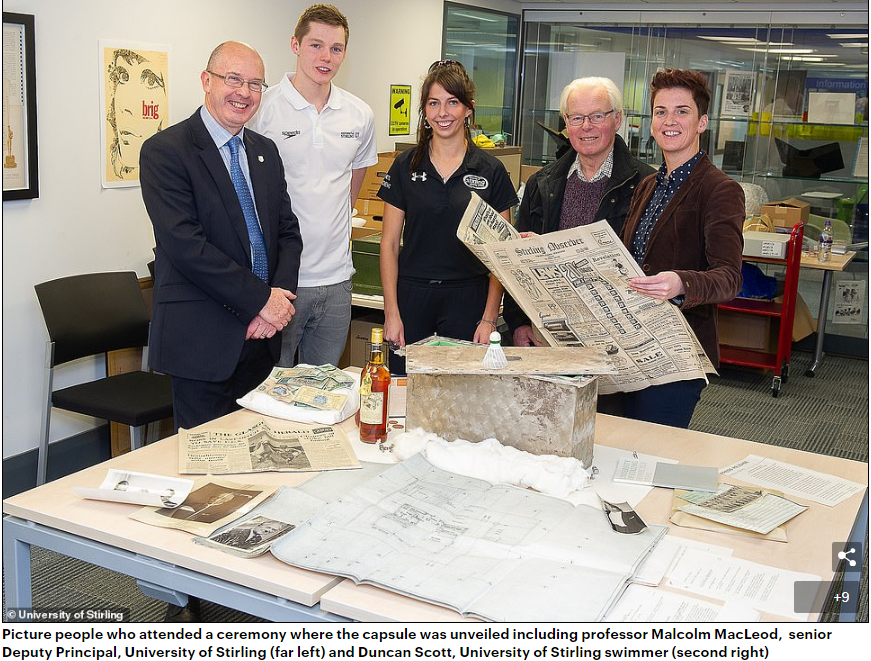 During a special ceremony on Wednesday 18 June, 1969 – performed by William Farquharson; then chairman of the Gannochy Trust – a foundation stone was; laid and the time capsule was; sealed into the fabric of the building where it has remained until now.

Inscribed in the capsule are the words: ‘Placed by W.G. Farquharson M.C. C.A. Chairman of The Gannochy Trust. 18th June 1969’.

On Wednesday, senior deputy principal professor Malcolm MacLeod opened the capsule at a ceremony at the university attended by Commonwealth Games star Duncan Scott, who is on the university’s swimming team.

Prof MacLeod said: ‘It is an honour to open this time capsule which was installed in the sports pavilion by senior university staff almost 50 years ago.

‘The contents are in remarkably good condition; and provide an intriguing snapshot of campus life in the early years of this university; and Scotland as a whole in the late 1960s.

‘In the same way that Professor Cottrell and Lord Wheatley would have then been eagerly anticipating the years that lay ahead, today I am excited by what the future holds for this University, with the redevelopment of our sports facilities – and the £21 million Campus Central project – among the biggest infrastructure investments since our foundation.’

Also inside the capsule was a shuttlecock, plans and elevations of the building, a copy of the university’s 1970-71 prospectus plus coins and notes.

Mr Scott, who was; last year named Scottish sportsperson of the year, said: ‘It’s amazing to see the items; contained within the time capsule, to look back at the creation of the Gannochy Sports Pavilion; and think about the opportunities it has offered Stirling athletes, students; staff and the wider community over the past 50 years.’

The university will add to the time capsule before sealing it within the new building, due to be; completed next summer.

The Gannochy Trust, set up by Arthur Bell of Bell’s Whisky; donated £100,000 to the creation of the sports pavilion; built in June 1969 – two years after the university was founded.

Cathy Gallagher, director of sport at Stirling, added: ‘(The) contents provide a fascinating insight into the early years of the university and the creation of the Gannochy Sports Pavilion.

‘The £20 million redevelopment of the sports facilities is another significant milestone for the university.

‘We will work with colleagues from across the university; including our archivist, to preserve the existing items in the time capsule; – and add to the collection – before sealing it within the structure of the new building.’ 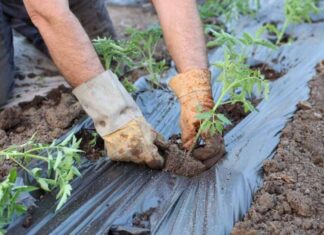