Worsening infrastructural challenge; regulatory conflict between the Joint Admissions Matriculation Board (JAMB) and universities; inadequate teaching aids and unavailability of adequate manpower; among others, would join forces to deny over 143, 000 applicants placement in eight universities.

The scenario, which could get worse, is a confirmation of the fears raised last week by the National Universities Commission (NUC), that an admission crisis was inevitable in the country.

Executive Secretary of the NUC, Prof. Abubakar Rasheed, while appearing before the Senate Committee on Tertiary Institutions and Tertiary Education Trust Fund (TETFund) last Wednesday, informed that only about 30 per cent of the 1.7 million candidates who wrote the Unified Tertiary Matriculation Examination in 2017 would be offered admission, even as he pointed out that there was a regulatory conflict between the Joint Admissions Matriculation Board and the universities offering admission to candidates.

While stressing that an admission crisis was inevitable owing to the limited admission spaces in tertiary institutions, he explained that out of about 1.7 million candidates, just about half a million can be admitted into the country’s universities, adding that unless there is expansion, there will be admission crisis in this country.

However, checks by The Guardian reveal that of the 178, 052 candidates, who sat for post UTME in eight institutions, only 34, 104 stand a chance of being offered admission. The universities cited lack of infrastructure, teaching and learning tools to cater for the large number of students, as some of the reasons for their inability to admit more than 3, 500 students per school.

For instance, at the University of Ibadan (UI), of the 62, 000 candidates that applied for the post-UTME, only 3, 500 candidates would be admitted.

The scenario at the University of Benin is no better as, of the 30, 000 applicants, the institution only has 10, 000 carrying capacity.

While 25, 000 candidates sat for the post-UTME examination at the Lagos State University ((LASU), the institution currently has room for only 3, 500 freshmen.

Similarly, at the Federal University of Technology (FUTA), of the 13, 500 candidates that indicated interest to begin their tertiary education journey there, only 3, 500 will be offered admission.

For Ambrose Ali University (AAU), out of 15, 000 candidates, that applied to the institution, it said it would only admit 8,000; Elizade University (EU) will only offer admission to 400 out of 1,000 eligible candidates, while Covenant University (CU) will admit 1,704 candidates, out of 3,552 candidates.

In separate reactions on the post-UTME examinations, the institutions maintained that the number of eligible candidates was way higher than available spaces.

They lamented inadequate funding from successive governments to build more lecture theatres and hostel facilities and pleaded for more allocation to enable them improve on existing facilities.

Specifically, the UNIBEN spokesperson, Michael Osasuyi, said government must look inwards and improve on existing facilities to accommodate the rising number of candidates, who yearly jostle for admission.

Osasuyi, who reiterated that the school cannot take more than 10, 000 of over 30,000 candidates, said government must go back to the basics to address the inherent challenges plaguing tertiary education.

He said, if the system we are practicing is 6-3-3-4 or 6-9-4; we must practice it well, and those at the secondary school level must do their work well. A situation where students in Senior Secondary School (SSS) One would be competing with final year students to secure university admissions should be discouraged.

Osasuyi also advocated the need to regulate fee payment in private institutions, saying if their fees were affordable, candidates would not be running to government schools, a development he said, would go a long way in easing the admission challenge.

Media Assistant to the Vice Chancellor of UI, Sunday Saanu, said although the NUC approved 7, 000 for the institution, it can only admit 3, 500 due to lack of adequate facilities.

In the same vein, Adegbenro Adebanjo, of the Federal University of Technology (FUTA), Akure, Ondo State, said since the government directed all specialised institutions to stop offering management courses, FUTA can only admit candidates into its core courses.

One of the parents that faulted the modus operandi employed by individual universities in offering admission, Mrs. Akomolafe, whose son, (Olaoluwa David, was denied admission into Obafemi Awolowo University), accused some universities of employing underhand dealings in the process.

According to her, “My son scored 251 in the UTME conducted by the JAMB, and wants to study Computer Engineering. His O’Level result is perfect. English is B3; Mathematics, C6; Physics B3; Chemistry B3; Biology, C4; Further Mathematics A1; Economics B3; Civic Education, A1; and Data Processing D7. You can’t believe that with these scores my son was denied admission at OAU; after Post-UTME screening because his score was 47 per cent.

Commenting on shrinking spaces in varsities, former vice chancellor, Caleb University, Imota, Prof Ayodeji Olukoju, said Open and Distance Learning (ODL) should be a veritable alternative to parents, whose wards were denied admission due to failure of the system, and not because they have not performed brilliantly well.

“The way out is to first analyse the situation critically; and then ask ourselves some fundamental questions-must everyone go to the university? Even those we have produced and those that we are producing; how are we engaging them, either by way of employment or self-employment? What is the size of the economy and what is its absorbing capacity?

“Even if everybody was to go to the university, must everybody go to formal institutions? Must they stay on campus? And the answer is no. There is the option of (ODL). Even if you want to receive university education; the question to ask is what is the aim, what is the goal? The goal is not just to acquire knowledge; it is skill acquisition and therefore; I will say let us prioritise our areas of need as dictated by the economy; and I would say let us prioritise Science, Technology, Engineering and Mathematics (STEM) and even Entrepreneurship.

“As a vice chancellor of Caleb University, I had what I called ‘flagship programmes’. These are courses that attracted the most students and therefore programmes that sustained me in office as VC. Therefore I gave them the best facilities and recruited the best staff. So, let universities prioritise the programmes and fund them appropriately. So here, all existing institutions should expand according to needs, not according to federal character. In other words, let’s work within the 60-40 ratio in favour of science as opposed to arts.”

The historian added: “ODL is the way out; the second thing is that universities must raise the percentage for merit to 65-79 per cent; in which case if you are going to get people into the system; you have to get the best, make admissions so competitive. There is no state in Nigeria that does not have a federal university. Why don’t you go to your own state and attend one if you must attend a federal university? In the same vein, there is no state that does not have a state university. If you must attend a university, go to your own state university. We should decentralise as much as possible and build capacity only in the areas of need.”

Also commenting on the Speaking generally on the state of post-UTME in the country; Chairman, Association of Vice Chancellors of Nigerian Universities (AVCNU); Prof. Debo Adeyewa, said some institutions have larger number of applicants than their counterparts; mostly due to economic reasons and stable academic calendar.

Adeyewa, who is also the vice chancellor, Redeemer’s University; said it was not true that universities were defrauding the public through the post-UTME screening.

Said he: “The Federal Government approved N2, 000 for post-UTME; which covers administrative costs and universities have autonomy to administer the screening. You don’t blame those who have larger number of candidates, after all, they are not getting adequate funding. 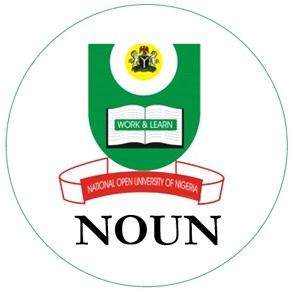 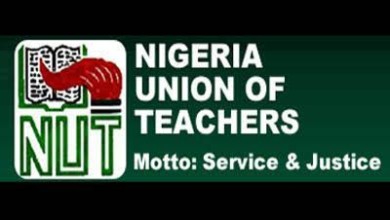