A 26-year-old National Youths Service Corps member has been; appointed as a Commissioner in Kwara state.

A 26-year-old National Youths Service Corps member, currently serving in Jigawa state, Joana Nnazua Kolo has been named among the four women whose name was forwarded to the State House of Assembly as commissioner-nominees by Kwara State Governor, AbdulRahman AbdulRazaq on Tuesday.

According to a report by TheNation, Miss Kolo who hails from Edu local government area of the state is the youngest commissioner-nominee in the state’s history.

She is a 2018 graduate of Library Science from the Kwara State University (KWASU) and a grassroots mobiliser.

She is also; known as an ardent advocate of community development.

If confirmed, she would be Nigeria’s youngest commissioner, taking the trophy from Oyo State’s 27-year-old Oluwaseun Fakorede.

Her screening for the cabinet seat would hold after she rounds off her NYSC service in the next two weeks.

The three other nominees are professionals and grassroots politicians: Mrs Sa’adatu Modibbo-Kawu; Arinola Fatimoh Lawal; and Aisha Ahman Pategi, according to a correspondence AbdulRazaq forwarded to the House and read at the Tuesday plenary by the Speaker, Rt. Honourable Salihu Yakubu Danladi. 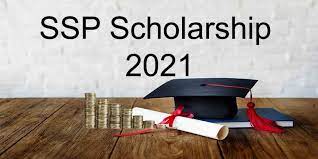