National Youth Service Corps [NYSC] is the brainchild of General Yakubu Gowon after the Nigerian civil war that ended in 1970. The NYSC Scheme began in 1973 by decree no.24 of 22nd may, 1973, although the national youth service corps act that established the scheme commenced or became operational on the 16th day of june, 1993.

It is clear that the major aim of the scheme is to promote national unity and peace integration after the defunct Biafran war, having admitted to remain one indivisible and indissoluble entity.

For the avoidance of doubt of the above assertion,it is material to take a voyage to the act that established the NYSC.

The service corps shall with a view to the proper encouragement and development of common ties among the Nigerian youths.

The service corps shall with a view to promotion of National unity.

The development of Nigerian youth and Nigeria into great and dynamic economy.

The objectives of service corps shall be removed prejudices, eliminate ignorance and confirm at first hand the many similarities among Nigerians of ethnic groups.

Develop a sense of corporate existence and common density of the people of Nigeria . 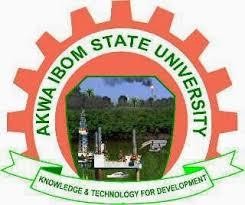 Editor - August 3, 2020 0
This is to inform all the candidates of Akwa ibom state university who scored 160 and above in the 2020 Unified Tertiary Matriculation Examination...