Teachers and the students of MC’intire Secondary School in Utu Abak, Abak Local Government Area of Akwa Ibom state were; seen scampering for safety as they were being; chased away with a cutlass by a middle-aged lunatic who has taken over one of the classroom blocks of the school.

Sources in the School told reporters that students who were; returning to their classes after the morning devotion saw the mentally derailed man; who immediately got provoked on sighting the students; and brought out a machete and chased after the students and the staff.

It was learnt that when he could not get hold of anybody; he descended on some vehicles belonging to the staff of the school.

A staff of the school while narrating the attack to newsmen disclosed that the lunatic took over one of the classroom blocks during the long vacation.

The staff described the action of the lunatic as a serious threat to the lives of students and the staff of the school, recalling that the same lunatic burnt down a classroom last month.

Besides the destruction of the vehicles, staff, students, parents and children seeking admission in the school also escaped narrowly as he chased them with a sharp machete.

The same lunatic had on August 18, 2018 at about 9pm, set fire and burnt down Senior Secondary One (SS1) classroom that accommodates no fewer than 200 students”, our source disclosed.

Another source in the school said he was; shocked having witnessed the incident, appealing that security should be; beefed up within the school premises and government should ensure; the completion of the ongoing perimeter fence; in order to guarantee the safety of staff and students.

He equally appealed to the State Government to renovate the classrom block destroyed by the lunatic so that the affected students would not be stranded.

Also narrating her experience; a student who gave her name as Idorenyin Etim said she was; frightened when they saw the lunatic in their classroom; especially when he started chasing them with a sharp machete.

I and my classmates were heading to our new class when surprisingly, we saw the lunatic coming out. At first, we thought that he was pretending but when he brought out a machete and threatened to kill anyone that came close, we decided to run away.

And the lunatic, after we ran away, went to where; vehicles belonging to our teachers were; parked and smashed the glasses. This was when we knew that we were not safe. Everyone including parents who came to seek admission for their wards were afraid and shocked.” 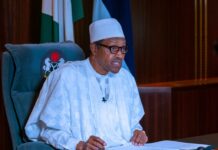 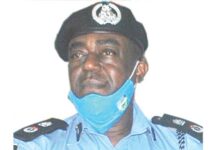 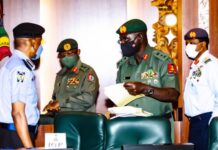 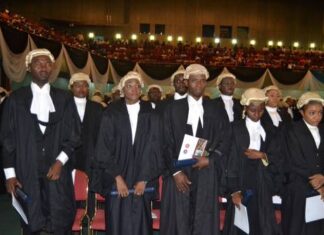 Editor - July 5, 2020 0
total of 631 students of Nigerian Law students School, Abuja, have failed the 2020 Bar final examinations.   This was disclosed in a statement law students...