They turned up in mass to avail themselves of the opportunity provided by the medical outreach.

The traditional ruler of Enugu-Ngwo community, HRH, Igwe Charles Ayaluogu, was so elated. He recalled times and often the NYSC had extended its medical outreach to the people of his community. Adding that his community had benefited immensely from the kind gesture.

A native of Enugu-Ngwo community, Mr. Sunday Ugwu who noted it was his first time befitting from the gesture.

“I think they are doing well for the society. I am happy for what they are doing; it’s really helping the community because some people don’t have money to go to hospital. Old men and women who cannot afford hospital bills now come here to benefit. I am commending them to continue doing it,” Ugwu said.

Another member of the community, Nze Ignatius Ude, who said he was there for medical treatment and check-up. NYSC has been conducting the exercise in the community and that accounted for the large turn-out.

We appreciate their kind gesture because it has been gainful to this community.

One of the corps-member doctors, Dr. Nakpodia Jovi, said they were aware it was a rural community outreach. One of the things that usually affect rural dwellers apart from mosquito infested malaria was hypertension, diabetes, since they lacked access to the treatments.

“So apart from giving them malaria drugs, we screen them. Those that have diabetes, we make sure we have their blood pressure checked and those discovered to be hypertensive, we give them hypertensive medication. We also have drugs for cough, pediatrics medication for children, de-worming tablets, etc.”

She noted that cases they were unable to handle at the outreach would be referred to a health institution where their cases will be followed up.

Enugu State coordinator of NYSC, Alhaji Ahmed Wada Ikaka said the philosophy behind the programme was to get health care delivery system to the rural community.

We know that our rural areas are highly populated and you may be surprised that some of these areas may not have seen a medical doctor for once.

NYSC has the human capital; we have the core doctors, the pharmacists, the laboratory scientists and nurses.

So as part of the humanitarian service of the NYSC, it is also to contribute to national development through health care delivery system.

We were able to get drugs from donor agencies and with support from NYSC headquarters, the state secretariat was able to render free medical services to people in rural communities, he said. 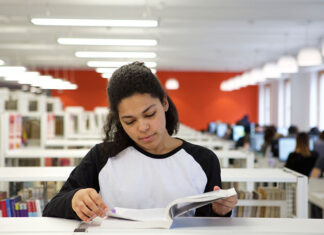