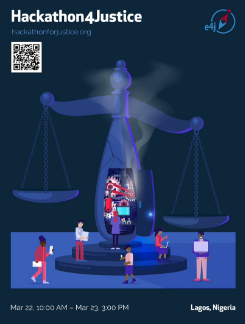 Students of the University of Lagos (Unilag) have developed a software to unmask human trafficking, track, rescue and rehabilitate victims and to create awareness of the odious industry.

David Popoola, Eyitayo Ogunbiyi and Chukwudumebi Onwuli are from the System Engineering and Computer Engineering Departments of the University of Lagos, Nigeria.

Mr Sylvester Atere, Outreach and Communication Officer, United Nations Office on Drug and Crime (UNODC), made this known in a statement on Wednesday in Abuja.

According to Atere, the three Unilag students developed the software after 29 hours coding marathon, which they emerged winners of the #Hackathon4Justice event organised in Lagos between March 22 and 23.

He said that the activity was part of UNODC’s Education for Justice (E4J) initiative, a component of the Global Programme for implementation of the Doha Declaration.

He said the event, which was organised by the UNODC in partnership with Facebook and Africa TeenGeeks, was designed to spark creativity in young people while pushing their coding capabilities.

Atere said that the goal of the hackathon was for participants to leverage technology to find solutions to rule of law challenges in the areas of corruption, integrity and ethics; crime prevention and criminal justice.

He listed other goals of the initiative to include finding solutions to organised crime; human trafficking and terrorism and violent extremism.

“David Popoola, Eyitayo Ogunbiyi and Chukwudumebi Onwuli of System Engineering and Computer Engineering departments of the University of Lagos led the pack of upcoming professionals.

“With their web application design that helps both trafficked victims and their loved ones learn about human trafficking and access to tools that can potentially save them.

“Tagged ‘Let’s Fight Trafficking’ or ‘LFT’ for short, the key features of the product include an e-learning planning platform to help educate people on human trafficking; a facial recognition system that matches feed from webcams.

“Other images to see if there already exists a reported case with a similar image in the database; a portal for victim’s close friends to file reports about trafficking cases in their area.

“A heat map, generated from report data to let users know where; trafficking is most prevalent and take preventive measures,” he said.

According to Atere, the winners are expected to proceed to Global #Hackathon4Justice event; to be held at the Google Headquarters in Silicon Valley; California, United States, in August 2019, where they will participate as mentors.

He explained that beyond educating young people about the global challenges; to the rule of law, E4J also seeks to inspire them to be; part of their solution and become positive agents of change in their societies.

He said that such goals were; only attainable by giving youths a say in matters related to crime, justice and the rule of law.

Atere said that the runner up were four students from Ladoke Akintola University of Technology; Ogbomoso, who designed ‘Athena’; a mobile application software that allows people to report crime incidents and gain information about their rights.

He explained that with ‘Athena’ people can also report emergencies with just few clicks; and the application automatically detects the location of the user and composes a report.

The communications officer said that the Athena also provides anonymity and protects the identity of whistleblowers.

According to him, out of 400 applications received from university students across Nigeria, over 50 undergraduates participated in the events.

Other participants came from Obafemi Awolowo University, University of Benin, Babcock University, as well as Yaba College of Technology.

Atere said that on the ground to inspire and mentor the young coders were; Iyinoluwa Samuel Aboyeji, Co-founder of Nigerian startup Andela; and founder of Flutterwave and a number sofsoftware engineers from Facebook.

He said that staff of the UNODC from Nigeria; and Headquarters in Vienna provided support on the thematic issues of the hackathon. 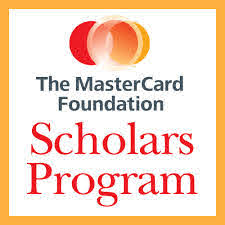