The University of the Witwatersrand (Wits) said it had increased security as it remained adamant that university activities and examinations would go ahead, despite calls for a shutdown by the student representative council (SRC)…

“Management is aware that some students are indicating that they want to protest tomorrow,” Wits university spokesperson Shirona Patel told News24.

“The university confirms that all examinations will continue tomorrow as per the examination timetable. All other university activities will also proceed as planned.

“The university will take appropriate action against anyone found to be; violating the rights of others or contravening the university’s rules or policies. Levels of security have been; increased across campuses,” she said.

The incumbent SRC, led by the EFF Student Command, met with students on Thursday afternoon to discuss the shutdown of the university following reports in the City Press last Sunday that the much-anticipated Fees Commission report would not deliver on the hopes of fee-free higher education.

The majority of students; are expected to start writing their; end-of-year examinations on Friday.

Newly elected SRC president Orediretse Masebe declined to comment. “We are not speaking to the media at this time,” he said.

Earlier, a reporter from Wits Vuvuzela, the campus newspaper, confirmed the decision by the SRC; and students, who met in front of the university’s Great Hall, to go ahead with the shutdown on Friday. 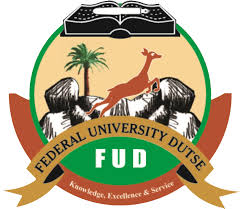